Hope on the Horizon: Will Amortization of R&E Expenses Stand? 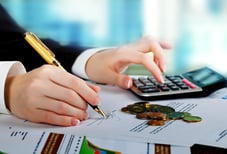 There’s still hope that the Tax Cuts and Jobs Act’s (TCJA) changes to Section 174, requiring amortization for research and experimental (R&E) expenses, could be delayed or repealed. Under the TCJA, as of January 1, 2022, domestic R&E expenditures are required to be amortized over 5 years and foreign R&E expenditures over 15 years. Prior to January 1, 2022 taxpayers had been able to write-off 100% of R&E costs.

A Potentially Burdensome Impact on Taxpayers

A reduced write-off in Year 1 will greatly impact taxpayers, especially those just gaining their footing in the aftermath of a global pandemic. In addition, many taxpayers have not yet assessed how this change will impact their internal tracking of R&E costs or how to begin amortizing these costs within their current fixed asset systems. Section 174 casts a wider net over those costs used in computing the research credit, so taxpayers will need to spend time identifying incidental Section 174 costs such as general and administrative costs, overhead, and depreciation/amortization. Further, it is possible that taxpayers will need to file an Application for Change in Method of Accounting (Form 3115), though we are still awaiting guidance as the recently released Revenue Procedure 2022-14, which updates the list of automatic accounting method changes, did not include method change guidance addressing the amortization of R&E expenditures.

Taxpayers Should be Proactive Now

While we remain hopeful that required R&E amortization will be delayed or repealed, it is important for taxpayers to start tracking 2022 R&E expenditures now to avoid a potential scramble during filing-season. Taxpayers will need to identify the location of the research activity, software development costs that are not currently treated as Section 174 costs, and any other incidental Section 174 costs. Consult a tax specialist for additional information on the amortization of R&E expenditures.

Shea is an Associate Director in the Audit & Quality Assurance Department. She has valuable knowledge in federal tax planning and research credit services. Her background in law and tax controversy earned her opportunities to defend her clients' research credit studies before the IRS.