The total number of Research and Development (R&D) tax claims increased by 10.54% from 2021-22 on 2020-21 with abuse still rife, Her Majesty's Revenue and Custom (HMRC) priority to tackle dubious claims have seen delays to processing times.

It was highlighted that whilst 98% of Research & Development Tax Credit (RDTC) claims (42,073 in total during 2021-22) were paid within 28 days, HMRC have temporarily increased the processing ambition to 40 days. However, for those of us that are in support of eliminating abuse the delays are somewhat immaterial and a slight adjustment to sale pitches is all that’s required.

I have summarised the key points between R&D tax updates and general BEIS funding below:

Other points to note

It is and always will be positive to see additional funding and support going into funding programmes and R&D tax incentives for business, especially SMEs. At CTI I feel privileged to be able to be involved in this and assist companies Globally.

I believe there are multiple layers to the abuse identified by HMRC from no justification or evidence existing through to boundaries being pushed (if not surpassed) in ‘maximising’ claims. I am not convinced how the advanced notification will remove abuse; I do feel that it will remove the delay between a submission of a tax return with the R&D deduction and a technical report (which I imagine is messy from HMRCs side of things) but this doesn’t always reflect ineligible costs or activity being claimed for. As many of us R&D agents know there are still many eligible companies out there that for one reason, or another haven’t claimed and would in some cases not be able to make use of the full two-year window due to this advance notification rule. The other side to it is that companies default to notifying HMRC ‘just in case’ and if so, then how effective is the inclusion of such a process? Whilst the process doesn’t appear that it will be cumbersome this may have no relevance.

Moreover, expansions to the R&D definition and expenditure can be seen with consideration to new approaches and R&D projects taking place. I feel somewhat like a broken record, but it is still a ‘watch this space’ message to end, with changes in Government likely, a new Prime Minister and/or Government are likely to want to stamp their mark on this very generous and valuable incentive.

Our CTI International team, based in the UK, can answer any of your questions. Contact us today. 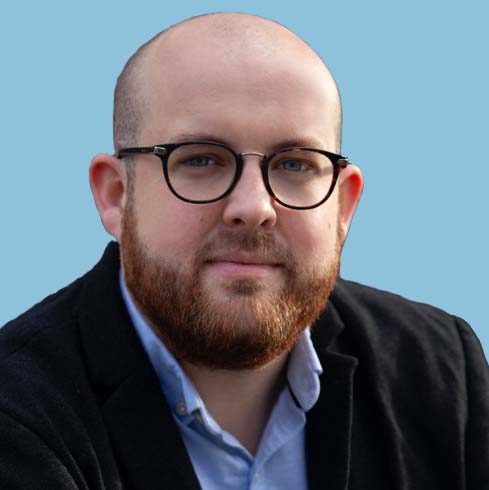 Grant Aldridge is an R&D Tax Relief specialist with delivering hundreds of successful R&D tax claims since 2016, enabling UK clients to receive in excess of £10 million in tax relief. Throughout his career, Grant has worked with some of the UK’s leading companies, assisting SMEs and large companies across a range of industries from Food Technology to Aerospace Engineering. Prior to joining CTI, Grant has worked for R&D Tax specialist firms as well as top 100 and top 15 accountancy practices specialising in R&D tax relief. In addition, Grant has assisted clients with other tax incentives such as Patent Box, Research and Development Capital Allowances (RDAs) and video game tax relief. During his career as a successful R&D Tax Consultant, Grant has effectively developed and delivered a plethora of training materials and workshops for trainee and senior R&D consultants, as well as non-R&D specialised staff. Grant has several qualifications across Electrical and Electronic Engineering including Electrotechnology. Grant is also a member of the Institution of Engineering and Technology (TMIET) and a current CIOT and ADIT student.