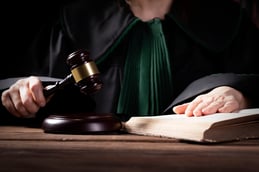 On February 11, 2021, the tax court issued a new memorandum opinion in Little Sandy Coal Company v. Commissioner. In this case, the taxpayer—a shipbuilding subsidiary—was denied its claimed R&D credit based on the development of 11 vessels by the IRS. After receiving its notice of deficiency, the taxpayer brought suit in the tax court seeking a redetermination. For the sake of expediency, the parties agreed to limit review to just 4 of the 11 projects at issue; the court’s opinion addressed only two of these—the Apex Tanker and Dry Dock Projects.

After summarizing section 41, its associated treasury regulations governing the application of the research credit, and the procedural history of the case, the court stated (citations omitted):

We have no doubt that [taxpayer’s] efforts to design the tanker and dry dock involved activities that "constitute[d] elements of a process of experimentation" for a purpose related to "a new or improved function," "performance," or "reliability or quality." As indicated in our Findings of Fact, the design of elements of each vessel involved iterative processes in which proposed designs were tested through such means as software modeling and engineering calculations and revised as necessary.

Despite this significant concession, the court nevertheless concluded the taxpayer was unable to demonstrate that substantially all of the taxpayer’s research activities relating to these two projects constituted elements of a process of experimentation. The taxpayer claimed that the development of the Apex Tanker met the substantially all test of section 41 (i.e. that at least 80% of the activities measured on a cost or other consistently applied reasonable basis related to activities which constituted elements of a process of experimentation).

In support of this, the taxpayer argued that more than 80% of the Apex Tanker—itself an improved design of an earlier ship model—comprised re-engineered and redesigned elements. The court disagreed however, holding that the substantially all test is applied with respect to the underlying project activities rather than the physical elements of the business component being developed or enhanced.

The taxpayer argued in the alternative that at least 87% of the time spent on the Apex Tanker project by taxpayer employees involved elements that differed from the original ship’s design, satisfying the 80% threshold. Again, the court disagreed, similarly concluding that the novelty of an element of a project does not alone establish that the work involved in developing that element involved a process of experimentation. The court further disagreed with the taxpayer’s inclusion of employees engaging in the direct supervision or direct support of research as activities which constitute elements of a process of experimentation. Judge James Halpern expanded on this, writing:

With this analysis in mind, the court proceeded to conclude that under both projects the taxpayer failed to substantiate that 80% of the activities related to elements that constituted a process of experimentation. Like the shipbuilding taxpayer in a previous fifth circuit opinion, Trinity Industries v. United States, the taxpayer in this case was similarly unable to provide sufficient substantiation to allow the court to perform a “shrink-back” analysis of the projects. Under section 41, a taxpayer may “shrink-back” its analysis of a project’s business components to specific subsets (or subsystems) when the project taken as a whole would fail to satisfy the four part test. However, with the taxpayer unable to produce sufficient substantiation regarding these subsets and how much time was spent by employees on these activities, the court was forced to conduct its analysis under an “all or nothing” approach in which at least 80% of all activities relating to the project must have constituted elements of a process of experimentation. Concluding that this was not the case for the above reasons, the court found in favor of the Service.

While the court’s analysis regarding the classification of employee activities in direct supervision or direct support is troubling, the ruling is expected to be appealed and this would likely be challenged there. The court’s analysis relies on the tenuous assertion that section 41’s statutory distinction between engaging in qualified research and engaging in direct supervision or direct support of research “…allows no other conclusion” than the conclusion that direct supervisory and support activities by definition cannot constitute elements of a process of experimentation. If appealed, it will be difficult to argue that these activities would lie outside the breadth of the term “element.” Additionally, the court’s admission that the taxpayer did in fact engage in a process of experimentation, yet still disallowed the credit in its entirety, disregards the principle established in Cohan v. Commissioner that courts should allow for reasonable estimates in situations where there is sufficient basis to demonstrate a taxpayer’s entitlement to a benefit.

Aside from this novel argument’s potential to impact the R&D credit analysis, one thing remains clear—substantiation of activities and expenses is paramount to conducting a thorough and robust research and development tax credit study. The court’s recognition that the taxpayer undoubtedly conducted qualified research demonstrates its entitlement to the credit to some degree, but having no method for shrinking back its analysis to just these elements, the taxpayer ended up losing out on credits it should have otherwise been eligible for. Despite the more liberalized substantiation requirements adopted in 2004, both the courts and the Service continue to scrutinize taxpayer records when applying the section 41 analysis, and make scant presumptions in favor of the taxpayer when it comes to ambiguities or omissions in the substantiation package.

Cases like this continue to demonstrate the potential obstacles to accurately determining and substantiating a taxpayer’s research credit. Accordingly, having a firm specialized in the intricacies of the credit’s rules and regulations is critical to ensuring an accurate and well corroborated credit calculation. Contact CTI today and let our team of R&D experts work to maximize your credit and help you gather, produce, and maintain a substantiation package tailored to satisfy the latest caselaw and regulatory changes.

For more information on the research credit or other tax questions, please consult a tax specialist.