A Tale of Two Tax Agencies During the COVID-19 Crisis: Federal giveth and California taketh away 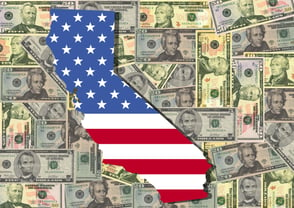 On June 29, 2020, the Governor of California, Gavin Newsom, signed into law the fiscal year 2020-2021 state budget, which included provision AB 85, limiting the ability of certain taxpayers to use net operating losses (“NOLs”) and specific business credits for the 2020, 2021, and 2022 tax years. Specifically, for tax years beginning on or after January 1,2020 and before January 1, 2023, taxpayers with a net business income or modified adjusted income of greater than or equal to $1 million will have their NOLs suspended during the period, and businesses will be capped at claiming $5 million in business credits per tax year.

This is not the first time California has taken this approach to account for revenue shortfalls in the state. As a consequence of the 2008 financial crisis, California suspended carryovers of NOLs to 2008 and 2009, and suspended the use of business credits in those years in excess of 50% of a taxpayer’s net tax for taxpayers with net business income of $500,000 or more.


California’s approach to recognizing additional revenue during a budget shortfall can be contrasted to the approach taken by the Federal Government. Rather than increase revenue through taxation during this current financial crisis, the Federal Government has taken various measures to support taxpayers. Specifically, Congress has passed trillions of dollars in fiscal programs designed to put money directly in the hands of taxpayers. Further, the Federal Reserve has cut interest rates, participated in loan and asset purchase intervention (such as quantitative easing), and expanded its repurchase agreement (“repo”) operations to ensure enough liquidity in the money markets, to name a few measures. Additionally, further spending by the federal government is likely, as current economic conditions will likely persist through at least the rest of the 2020.

Because of the prevailing economic conditions, and the limitations imposed by AB 85, California taxpayers need to evaluate all areas of their tax planning strategies. While NOLs are suspended for the 2020, 2021, and 2022 tax years, California taxpayers need to be aware of what will likely happen to current NOLs set to expire over the same period. If the California Franchise Tax Board (“FTB”) treats AB 85 under the guidelines it prescribed in FTB Ruling 2011-04, California taxpayers who have NOLs that will expire during one of the suspended years will only be able to carry those NOLs forward if they generate enough taxable income in each tax year to use the NOLs. Otherwise, the NOLs will expire. For example, if a taxpayer generated enough taxable income in each tax year during the 2020 through 2022 tax years to absorb the NOL without the current suspension, then the taxpayer would be allowed to carry the NOL forward for an additional three years. Alternatively, if a taxpayer generated an NOL in 2010 that has been carried forward to the 2020 through 2022 tax years, and the taxpayer had no taxable income in the 2020 through 2022 tax years to absorb the 2010 NOL, then the 2010 NOL would expire and would be ineligible for any extended carryover period.

California taxpayers should also use this time to evaluate opportunities regarding business credits, especially taxpayers who are still in the process of filing their 2019 tax returns. One business credit opportunity that often gets overlooked is the Research and Development (R&D) tax credit. The R&D tax credit applies to a wide range of industries, and qualifying activities encompass much more than work performed in a laboratory or research associated with new-to-the-world discoveries and products. Further, the R&D tax credit can be claimed for previous tax years as well, as the statute of limitations to amend a California return is four years. Finally, any business credits that are unable to be used due to the annual $5 million limit will be provided an extended carryover period for each year the limit applies.

For more information on these changes and other tax questions, please consult a tax specialist.

Ian is an experienced, licensed law practitioner who further boosts CTI's depth of knowledge as Research and Development (R&D) tax credit specialists. From a solid foundation built on his J.D. with honors from the University of Texas School of Law, and a Masters in Tax Law from New York University School of Law, Ian excels at applying current tax law and recent court decisions to maximize and substantiate R&D credit claims for clients.